Bob is a badger; he likes to blog.

It's Essential that South West Companies Protect their Expats 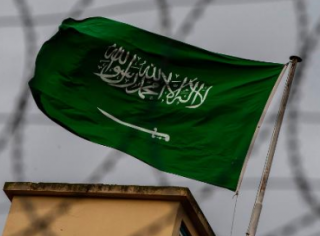 HMRC Regional Trade Statistics show that exports from companies based in the South West of England are continuing to rise. Devon, Dorset, Somerset and Cornwall may not be obvious locations for international business activities, but the region is performing outstandingly when it comes to their exporting efforts.

When exporting, it's naturally important that companies send members of staff to target countries to manage business processes and relationships on the ground.  While some businesses are adept at preparing and training international staff in advance of their moves, unfortunately, many other companies fail dismally in this duty of care.

The lack of training given to outbound staff has created plenty of fodder for the media which is awash with accounts of individuals who have been arrested on foreign shores for misdemeanors that are seemingly innocent in the UK, but, which have life-changing punitive implications in other countries. Although many of the individuals arrested claim cultural and local ignorance, this rarely counts for anything when their case is put before the courts.

Take, for example, the following:

• A British man, caught in possession of alcohol during his time in Riyadh, was sentenced to over a year in prison and narrowly avoided 350 lashes.

• An Egyptian ex-pat was imprisoned, before being deported for sharing his break with a female colleague in Saudi Arabia.  His employer also faced repercussions for his role in preventing this act of 'indecency'.

• A British Iranian national was arrested and deported following a visit to the UAE for defamatory comments, relating to a UAE resident, posted on social media three years prior to her visit to the country.

• An ex-pat worker of unknown nationality was arrested after speaking to a female Saudi woman who approached him in a fast-food restaurant. He was charged and punished for having violated the kingdom’s norms and values.

• A British ex-pat was arrested, jailed for six months, and then sent back to the UK for raising his middle finger at an Emirati driver following an incident in the UAE.

• A young British man sharing a journey with his girlfriend, was driven straight to the police station by their taxi driver when the driver saw the man 'peck' his girlfriend on her cheek.  The couple was subsequently imprisoned for a month and deported for committing an act of indecency.

Suitably trained and prepared staff are far less likely to experience the bad side of the law. Understanding behaviours likely to put them in jail and the severe consequences typically result in the ex-pat navigating their new home with care.  The young man and his girlfriend, mentioned above, were traumatised by their experiences. Their families also suffered enormous distress and became liable for large sums of money to help support the legal processes of their loved ones during their ordeals. There were no repercussions for the company however.  Although they failed dismally in their responsibilities for preparing and, subsequently, protecting their staff member, the only repercussions faced related to the loss of a member of staff.

Whether you are in Cornwall, Devon, Dorset or Somerset, our country specialist trainers have the expertise needed to prepare your staff for their move.

Bob the Blogging Badger joined our content team in 2014. We found him roaming the streets of the the Dorset/Somerset border and decided to give him his big break into business. His talent for writing combined with his love to training, learning and education make him the perfect blogger! If you have any suggestions for Bob, let him know - he won't bite.

08 July 2021
Manage Customer Complaints Effectively on the Phone
Blog
If you deal with customers, then you'll appreciate the challenges of dealing with an angry customer ...
Read More
Copyright © 2021 Training South West