Are Written Skills really so Important? 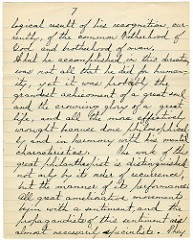 Growing up as a child in the 70’s, grammar and punctuation were instilled in lessons and, along with my classmates, errors were not acceptable and we would be penalised for making them. We were repeatedly told that our written work represented us as individuals and that it should be as well presented as our physical selves.

When I became responsible for recruiting teams however, it quickly became apparent that these standards no longer hold the same weight that they did when I was a child.  Following my recruitment of my first few employees, one of whom was degree qualified, it became immediately obvious that they lacked writing skills.  They were bright people who had performed fantastically during the interview phase and had some great attributes but their written work was not of the standard that would allow us to send it to clients without first checking and amending it. Training courses in writing effective business communications, capturing and writing minutes or effective report writing,  became an absolute must for the individuals in question.

Our realisation that written skills were an issue within our target recruit market made it necessary for us to implement a testing system to assess written English standards. The test did not discriminate, but merely enabled us to establish the type of support and checking systems that might be required should an offer of employment be made. The fact we had to do this was a shock.  We regularly employed individuals from overseas and their standards of written English and knowledge of grammar and punctuation far exceeded that of the young English recruits coming through the door.

The possibility that our educational systems are not properly preparing our children became evident during a parent-teacher meeting whereby I raised concerns that my older child seemed to have very few frameworks when writing.  He rarely applied capital letters, sentences could ramble on for half a page and commas would be thrown in haphazardly with an almost artistic intention. Not only did his teacher seem surprised when I asked how we might further support him at home to ensure he acquired his written skills but she then proceeded to tell me that if we thought these skills were important that she’d focus more time on him.  Had I been discussing my 6-year-old child, then this conversation might have been appropriate as content is of the essence and formal written skills come later – but I wasn’t.  My child is a year off entering senior school.

I don’t believe that the relaxed attitude of this particular teacher is typical of all teachers but it gave me the momentum to discuss it further with other educational professionals.  One individual that I spoke to said that she didn’t put too much emphasis on written skills as this puts children with challenges such as dyslexia at a disadvantage. This shocked me.  Was the individual expectation of this particular teacher that our written English standards should be obliterated to accommodate children who have a natural reason for struggling with them?  I feel absolutely not.

There are many amazing British entrepreneurs and academics with dyslexia but their condition has not stopped them doing incredibly well.  I’m confident, for example, that Richard Branson would not send out a communication littered with errors but would instead delegate someone within his team to make the necessary checks and amendments.  A previous employee within one of my teams had advanced dyslexia.  As a specialist in her field, she would write fantastically informed pieces which would then be proof checked before they were dispatched.  A simple task which involves teamwork.  She would equally guide and educate others in respect to her own unique skills.

With these examples in mind, I maintain my view that written skills are essential. Poorly written content does not sell a company and people are less inclined to read material that falls over at the most basic levels of grammar and punctuation.  Emails littered with errors do not inspire confidence in the recipient and could potentially affect customer retention.  Why should an individual trust the quality of the product or service if the communications are error-strewn?

As both a trainer and an employer, I firmly believe it is essential that companies support individuals who need to further develop their needs in this area. Formal written skills training will go a long way and enables an individual to focus on skill development away from the office.  However, internal arrangements can also be made whereby someone with the appropriate skill set is made responsible for mentoring the individual on an ongoing basis and checking their written work before it goes out. At Training South West key material never goes into the public domain unless it’s been checked – regardless of the writing skills of the author. My written skills are acceptable but I still rely on my team members and colleagues to double or triple check my work.

Failing to support staff members in this respect and overlooking poor written skills means that their chances of gaining traction, successfully delivering the objectives of their written work and positively protecting the reputation of their company are diminished.  Everybody deserves good written skills.  Ensure you honour this with your staff and you’ll increase their confidence and productivity no end.

Nikki has spent her early career in Change Management and Localisation.  She now works in the training industry overseeing training events within the South West and managing a global Cross Cultural Training business.

How Reciprocity is Effectively used in International Business

Are your Presentations Presentable?

It's Essential that South West Companies Protect their Expats

25 January 2022
Using Body Language to Boost your Outcomes
Blog
Did you know that less than 10% of how we understand each other, comes from the words we speak? The ...
Read More
Copyright © 2021 Training South West